What is URL encoding and how does it work?

A URL follows the following syntax:

The best known use for the URL is for connecting to websites, as we can see in the example below.

Several improvements were made to the initial RFC.The current RFC defining the URI syntax is RFC 3986 . This post contains information from the most recent RFC document.

Difference between URL and URI

You will probably hear URLs in some places and URIs in other places.

If the protocol (HTTPS, FTP, etc.) is present or implied for a domain, you should call it a URL, even though it is also a URI. All URLs are URIs, but not all URIs are URLs.

A URL is made up of a limited set of characters belonging to the US- character set. ASCII .These characters include digits (0-9), letters (AZ, az), and some special characters, ( "-" , "." , "_" , "~" ), as it is US-ASCII, the characters allowed do not include accents like those found in Portuguese.

There are some special characters that have a special use in URLs. Some examples of reserved characters are ? , / , # , : etc. Any data passed as part of the URL, whether in string or path segment query, must not contain these characters directly.

Also, dangerous characters like space , , < , > , { , } etc, and any character outside the character set ASCII , are not allowed directly in URLs.

So what to do when we need to send data in the URL that contains these disallowed characters?We use the magic of encoding.

URL encoding converts reserved and unsafe characters into a format understood by all web browsers and servers.We first convert the character to one or more bytes.So each byte is represented by two hexadecimal digits with a prefix of % (for example %20 ).The percent sign is used as a security character.

Space: one of the most frequent URL encoded characters you are likely to encounter is a empty space .The ASCII value of the empty space decimal character is 32 , which when converted to hexadecimal becomes 20 .Now we add the percentage prefix ( % ), which gives us the encoded value of the URL: %20 .

The following table is an ASCII character reference to its corresponding URL encoded form.

How to configure bluetooth headset with microphone in Ubuntu, Mint (Debian) 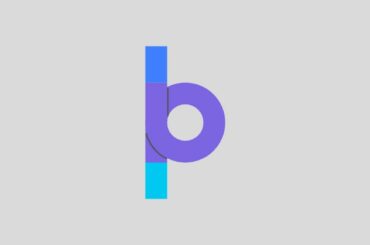 boringproxy: How to expose local services publicly on the internet

8 Spotify Playlists for Programming and Focus for 2022

We use cookies on our website to give you the most relevant experience by remembering your preferences and repeat visits. By clicking “Accept All”, you consent to the use of ALL the cookies. However, you may visit "Cookie Settings" to provide a controlled consent.
Cookie SettingsAccept All
Manage consent

This website uses cookies to improve your experience while you navigate through the website. Out of these, the cookies that are categorized as necessary are stored on your browser as they are essential for the working of basic functionalities of the website. We also use third-party cookies that help us analyze and understand how you use this website. These cookies will be stored in your browser only with your consent. You also have the option to opt-out of these cookies. But opting out of some of these cookies may affect your browsing experience.
SAVE & ACCEPT
wpDiscuz
0
0
Would love your thoughts, please comment.x
()
x
| Responder